An evening of salute and tribute to Zack volunteers"A. Rishon Lezion for the year 2021

The ceremony was attended by the Mayor of Rishon Lezion, Mr. Raz Kinstlich, the Commander of the Central District, Moshe Gimro, the Chief of Staff of the ZAK, Haim Weingarten, the Commander of the ZAK, Shefela Mandy Habib, representatives of the emergency and security forces in the city. For 2021 due to the determination to fulfill their role in the difficult arenas, courage and heroism, professionalism, dedication, and personal example.

The Mayor of Rishon Lezion, Raz Kinstlich: “The residents of Rishon Lezion thank the members of the emergency, rescue and ZAK forces for their important work for their routine and emergency security. I want to thank Commander Zack"A Central District Mr. Moshe Gamro who has been leading the volunteers in the city for many years with great professionalism. It is heartwarming to see dozens of volunteers working with great dedication both to save lives and to strengthen the sense of security of the city’s residents, thanks to you we can continue with the routine of life. “ 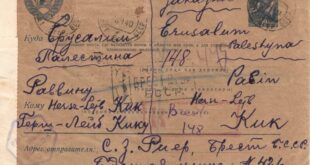