During a complex and extensive investigation conducted at the police station in Jisr a-Zarqa, last night (Wednesday) the station’s detectives arrived for an initiated search in the village. During the search, two Carlo weapons and another pistol were found and seized. At the end of the search, the detectives arrested four residents of the village in their 20s and another minor who had not yet turned 15.

At the end of the investigation, all the suspects were arrested and this morning a hearing will be held in the Hadera court with a request to extend their detention. 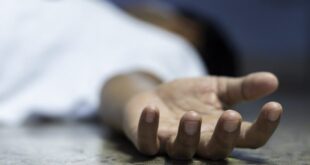