A 30-year-old worker recently (Sunday) fell from a height at a factory near Hadera. Medics and paramedics from Med"A. together with paramedics from the Rescue Union provided him with medical treatment, when he was unconscious with a head injury and he was taken to Hillel Yaffe Hospital in Hadera in critical condition. At the hospital his death was determined by the doctors.

Paramedic of emergency medicine mounted on a motorcycle gauge"A. Idan Elmalach recounted: "We arrived at the scene and were led to Hapoel who was lying unconscious and with a very severe head injury after falling from a height of about 12 meters. We provided him with advanced medical care in the area that included bandages, fixations and medication and evacuated him in an intensive care unit to Hillel Yaffe Hospital while continuing treatment when his condition was serious."

Shlomo Skitel wears in the Rescue Union Message: "When we arrived at the workers’ place, we were told that the laborer had fallen from a scaffold. We provided him with initial medical assistance, and then he was evacuated in an intensive care unit to Hillel Yaffe Hospital when his condition was defined as difficult at this stage.".

Police officers who arrived at the scene are investigating the circumstances of the accident and a report has been forwarded to the Ministry of Labor. 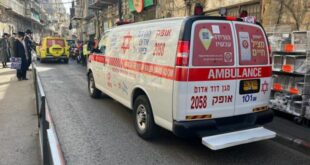 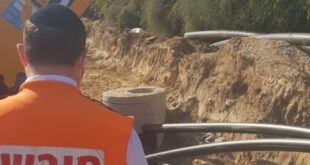 Haifa: A 25-year-old worker was moderately injured after a pipe hit his head 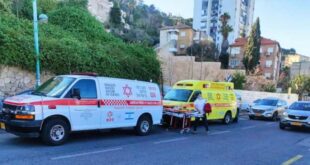 A 50-year-old worker fell from a height at a construction site in Haifa, his condition is fair 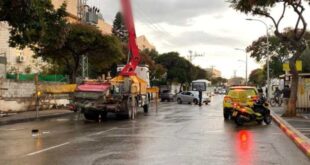 Rescue crews were called to the scene of a man falling into a pit nine meters deep at a construction site in Maor.