A devastating typhoon in the Philippines: At least 146 dead, hundreds of thousands evacuated from their homes

A provincial governor in central Philippines said today (Sunday) that at least 72 people were killed as a result of the devastation caused by the typhoon "Sight", Which brought the number of deaths in the strongest typhoon to hit the country this year to at least 146 people, the AP news agency reported.

Governor Arthur Yap of Bohol County said 10 others were missing and 13 injured, saying the death toll could still rise significantly, with only 33 out of 48 mayors reporting him lost due to a media glitch. Officials have tried to confirm a significant number of deaths caused by landslides and widespread flooding elsewhere.

In statements posted on Facebook, Yap instructed the mayors of his province, which numbers more than 1.2 million people, to exercise their emergency powers to secure food parcels for a large number of people along with drinking water. Both were urgently looking for which cities were badly damaged. After joining a military aerial survey of towns hit by a typhoon, Yap said that "It is very clear that the damage done to Bohol is large and extensive". He said the initial inspection did not cover four cities, where the typhoon broke in as it raged in the main provinces of the islands on Thursdays and Fridays. The government said about 780,000 people were injured, including more than 300,000 residents who were forced to evacuate their homes.

President Rodrigo Duterte flew to the region on Saturday and pledged $ 2 billion ($ 40 million) in aid. He met officials in the town of Massin in the southern province of Leita, where he was born. Duterte’s family later moved to the southern city of Davao, where he served as a veteran mayor before ascending the presidency. "As soon as I was born into this world, I said to my mother, ‘Let’s not stay here because this place is really prone to typhoons’", Duterte told officials.

The typhoon contained a wind speed of 195 k"M (121 miles) per hour and gusts of up to 270 km"S. (168 km"Q), which has made it one of the most powerful in recent years to hit the disaster-prone archipelago, nestled between the Pacific Ocean and the South China Sea.

At least 227 cities and towns have lost electricity, which has since been restored in just 21 areas, officials said, adding that three regional airports were damaged, including two that remained closed.

In the Vatican, Pope Francis expressed his sympathy with the people of the Philippines, referring to the storm "Which destroyed many houses".

About 20 storms and typhoons hit the Philippines each year. The archipelago is also located along an area "The ring of fire" The tranquility is seismically active, making it one of the most sensitive countries to natural disasters. 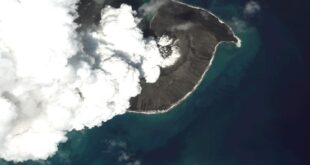 Volcanic eruption near Tonga: Severe damage to three islands in the archipelago

Tensions on Russia-Ukraine border: USA"In believes that "Russia can launch an offensive at any stage" 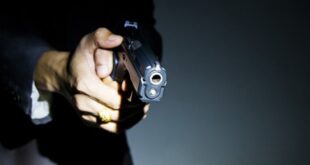 The synagogue rabbi in Texas on the escape of the hostages: "I threw a chair at him and told them to run away"

The hostage incident at a synagogue in Texas: It’s the terrorist and the armed nurse who demand her release from prison