The Corona Cabinet convened: "The Omicron in Israel is progressing exactly according to our expectations and assessments"

The Prime Minister, Naftali Bennett, recently (Tuesday) opened the meeting of the Ministerial Committee for the Corona Virus (Corona Cabinet), in a short speech, in which he praised the Cabinet’s decision to close early entry into Israel for foreigners, but added that the impending wave of illness could not be prevented. .

In his opening remarks Ra said"M: "Today we bring to the cabinet a series of decisions that will be presented immediately. Our goal is to enable the State of Israel to overcome the wave of omicrons, while preserving the functioning of the economy and the economy as much as possible. The Omicron in Israel is progressing exactly according to our expectations and assessments. About three and a half weeks ago, we made a courageous and far-sighted decision here, in this forum, to close Israel to the entry of foreigners from all over the world. This gave us an advantage of almost a month over our friends in Europe and the US"B. But now, we are doubling the number of verified and we are entering the exponential pace."

The Prime Minister added: "We are likely to see a similar trend of doubling every two to three days in the near future, maybe less. The public should be aware that a dramatic increase in morbidity is expected. This is not an exaggeration, this is the expectation and I estimate it will come very quickly. We can not prevent the wave, there is no such possibility. But we can certainly and give the tools to the citizens of Israel to protect themselves mainly from serious illness, when some of them become infected. It should be said – someone who is vaccinated, wears a mask, and behaves well, the likelihood of injury is low. We do not yet know, even at this moment, the severity of the virus. It has been less than a month since the virus was given a temporary name. I estimate we will know this within a week and a half when the data from England and Denmark arrive, they are countries that are doing serious documentation work. We do know that those who are fully vaccinated are protected from infinitely serious illness, as opposed to those who are not fully vaccinated or not fully vaccinated. Therefore, vaccines, masks and social alienation."

Finally, Bennett said: "Currently, there are a large number of Israelis who received two shots and not the third dose. There are also a million kids who didn’t even get a first shot. They are currently exposed and our goal is to motivate them on a large scale in the coming days to go out and get vaccinated. There is also the adult audience, which I am impatiently waiting for the Ministry of Health to approve to give a fourth vaccine to the elderly, to vaccinated oppressed populations, so that we can protect them. We are discussing the core of the policy here. As those who bear responsibility – we do not have good choices. The choice is between restrictions and preventative measures now, and much more severe measures later. There should be no prophet in this matter. At the core of our strategy is to delay as much as possible day in and day out, vaccinate and prepare as much as possible, and slightly flatten the rate of infection. On the outline we bring tonight have worked intensively in the last day in front of the relevant offices, it does not fall as a surprise on the offices, I understand it in agreement. I ask that we all convey to the public seriousness and determination, so that the public will show responsibility and shoot them"." 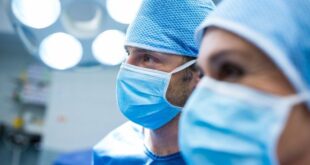 Without fasting or anesthesia: A non-invasive method for diagnosing inflammatory bowel disease may replace colonoscopy

Custom sauce, primacy law and hunger gauge: this is how you will eat right outside 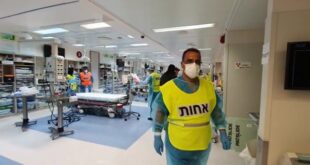