Ha"Today (Friday), Itamar Ben Gvir filed a complaint with the Second Authority against a number of television programs that dealt with an incident in which he confronted ushers in a parking lot in the exhibition grounds.

In his letter, MK Ben Gvir described his attempts to obtain the right of response: "When I saw that my program was not brought in either, I asked the program editor to respond and she invited me to send her a written response, I sent my response, and surprisingly and even though an hour passed when the program continued to be broadcast, my response was not read.".

Ben Gvir added in his letter that the media is working "Contrary to the rules of ethics" And wrote: "This behavior is a blatant disregard of all the rules of journalistic ethics, unfair and reflects one-sided communication that takes one side by chance and silences the other".

Ben Gvir, as stated, today addressed a letter of complaint to the second presidency and demanded: "”Take action against the Channel 12 programs” Live at Night “and” Morning News, “which dealt with the attempted attack against me, without asking for my response or presenting my position.” 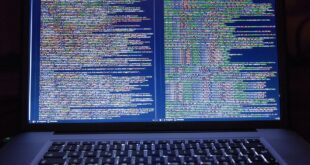