torch: "Oppose the agreement without the possibility of real oversight of Iran, if necessary – we will act alone"

Foreign Affairs Committee, headed by h"Today (Monday), Ram Ben-Barak heard the political review of Foreign Minister Yair Lapid. The Minister came to the discussion accompanied by the Deputy Foreign Minister, Idan Roll, as well as the CEO"To the Foreign Ministry, Ambassador Alon Ushpiz. At the beginning of the confidential hearing, Hugh"The committee and the foreign minister are open to the media.

US"R. Committee, h"Kram Ben Barkat said: "People tend to think that national security consists of only the security components. But foreign policy has a central pillar in national security and directly affects the design of the strategic map of the State of Israel. The diplomatic activities of Israel’s foreign affairs personnel, who for years have suffered from deliberate neglect, are a constant and daily struggle in the international arena against anti-Israel decisions and phenomena and promote political and economic activity around the globe. Warriors in suits. I had the privilege of accompanying the Foreign Minister on his first visit to Morocco, (which I had a small part in renewing relations between the two countries). I saw how he was received there – with the warmth and love reserved only for close friends. Iran, which is the main challenge of the State of Israel, is fighting not only with force and cunning. Political activity is significant in order to harness the international community to understand that * Iran is not just a problem of Israel – it is a problem of the entire Western world. We all prefer to dismantle the bomb in diplomatic ways, with the military option being the last cartridge."

Foreign Minister Yair Lapid said: "Today, nuclear talks in Vienna resume. This is the main challenge of Israeli foreign and security policy. Prevent the Iranian nuclear program. In recent months, we have had an intensive dialogue with all the countries involved in these negotiations. Naturally, especially with the US"In, but not only. I have been to Moscow, Paris, London, of course Washington. We told everyone clearly. Israel will not allow Iran to become a nuclear threshold state. Of course, we prefer to act in international cooperation, but if necessary – we will act alone. Play on our own for our safety. We have presented to our allies quite a bit of rigid intelligence. Not just opinions and positions, but intelligence material that proves that Iran is deceiving the world in a completely systematic way. All they care about is that sanctions are lifted and billions of dollars are poured into the nuclear program, Hezbollah, Syria, Iraq, the terrorist network they have deployed around the world. Israel does not oppose any agreement. A good agreement is good. We oppose an agreement that does not allow for real oversight neither of the Iranian nuclear program, nor of the Iranian money, nor of the Iranian terrorist network."

The continuation of the discussion, as stated, was confidential, but here are the main points from this section:

The Foreign Minister expanded on the prevention of a nuclear Iran, reviewed the diplomatic tools available to Israel, and detailed the issue of inter-agency coordination in the prevention effort. The Minister also updated the status of the moo talks"From Vienna on a new nuclear agreement.

The Foreign Minister referred to Israeli-US relations"B, that they are a key strategic partnership, and how they are shaping and changing in the face of changes in the demographics and character of the United States"B..

The peace agreements in general, and the process of deepening and expanding normalization since the formation of this government, create a tremendous change in the regional paradigm, and have brought with them a step up in the public visibility of Israeli relations and all its neighbors, the minister said.

The Foreign Minister also referred to the arena of international organizations, in which Israel is struggling to block an anti-Israel line in the Human Rights Council, the General Assembly and the Security Council. 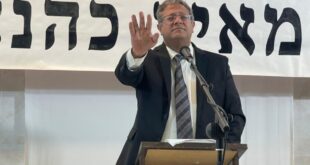 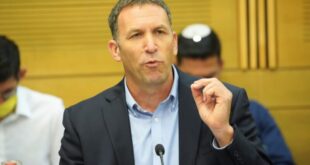 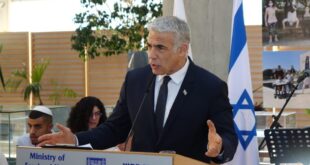 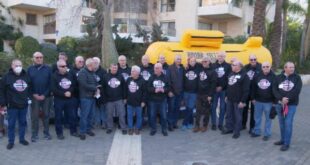 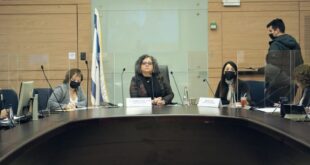