The State Attorney’s Office for Taxation and Economics filed an indictment today (Tuesday) in the Tel Aviv District Court against Daniel Birnbaum, CEO"To former Soda Stream International and against Ayala Cohen, for offenses of using inside information and obstruction of justice.

According to the indictment, Birnbaum, who then served as CEO"To Soda Stream and was in close contact with Ayala Cohen, gave her inside information about Soda Stream in two different events and she used the information he gave her when she purchased the company’s shares.

In mid-February 2017 Soda Stream Two was released"Periodic and annual that showed a significant increase in material indices, including a 213% increase in net profit in the last quarter of 2016 compared to the corresponding quarter a year earlier. Shortly before the publication of the duo"H., Birnbaum reported to Cohen the inside information in relation to the positive financial results of the quarter.

Two days before the publication of the duo"H. Cohen purchased Soda Stream shares for about NIS 150,000"H – Most of the money"Which were in her possession – and then sold the shares she purchased at a profit of about 28,000 shekels"H.

According to the indictment, in July 2018, Birnbaum held a meeting with the CEO"Lith and president of the Pepsi Company, where the CEO proposed"Lith that "Pepsi" Acquire Soda Stream.

By this time Birnbaum knew that Soda Stream was expected to publish a duo soon"A quarter that indicated a significant increase in the company’s revenues and profits. Shortly after the meeting with Pepsi representatives, and about two weeks before the publication of the positive quarterly report, Birnbaum urged Cohen to invest all of its savings in Soda Stream immediately. Cohen understood that Birnbaum was urging her to buy shares because he had inside information that would raise the share price.

Two days later, Cohen used almost all the cash she had and ordered her banker to buy Soda Stream shares for her, for a total of about NIS 200,000."H. At the same time, it sought to redeem a savings bank it owns to fund further purchases of Soda Stream shares. After the savings bank money has been transferred to the account"In its share, Cohen purchased additional soda stream shares in the amount of NIS 100,000"H.

The day after the publication of the duo"H. Caspi, and shortly after Soda Stream announced to the public the signing of the merger agreement with Pepsi, Cohen sold the remaining shares in Soda Stream, which it purchased and earned about NIS 156,000."H.

The indictment also attributes to Birnbaum and Cohen a disruption of legal proceedings in relation to the version that Cohen provided to the banker in answer to the banker’s questions regarding its activity in the stock.

The indictment was filed by Eva"D. Idan Schwartz and Hadar Kola, from the Securities Department, in the Tax and Economics Prosecutor’s Office. The case is being investigated by"Department of Intelligence and Trade Control at the Securities Authority. 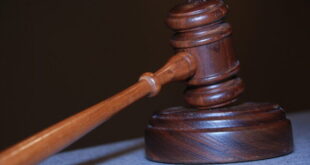