Stormy reactions from the right were not shy to come following the meeting between Ganz and Abu Mazen:

Head of the Efrat Local Council, Oded Ravibi, valid: "The head of the PA, Abu Mazen, was and remains an enemy of Israel, so in any meeting with him, Israel must stand firm in its interests and refrain from unilateral gestures. Under Abu Mazen, there is an education system that encourages hatred and, as a result, terrorist attacks "Few". It is forbidden to conduct oneself in front of him as if there were no terrorist attacks in the background !. We have learned in the past that the formula to conduct mo"M as if there are no terrorist attacks and fight terrorist attacks as if there is no mo"M has not proven itself. If one chooses to have a dialogue, it must be focused on eradicating violence. Therefore, the demands on our part should be clear, as should the goal, which is to improve the quality of life and full security of Israelis and Palestinians.".

US"R. Noam H. Party"About Avi Maoz (Religious Zionism) referred to: "Yehuda Dimentman Hi"D. was murdered in the Chumash about two weeks ago – and the government gave a reward for terrorism in the demolition of buildings in the Chumash, and now gives another seven times as serious a reward. The future Jewish blood, God forbid, is on the hands of Ganz and Bennett. The same Abu Mazen who pays the killers, they reinforce and return to the public discourse after he disappears. Bennett’s government is weaving a political process under the nose of the public. The Israeli public does not believe in Bennett’s reservations, everything is artificial and everything is coordinated. The next attacks, God forbid, will be on their hands".

The head of the Beit El Council, Shai Alon, said: "There is a concept in the defense establishment that holds the illusion that the security of the State of Israel can be entrusted to the good will of its enemies. I would like to say that it will explode inside us but it has happened so many times that it is frustrating that we are not learning. This meeting arouses great fear and apprehension about the future that awaits us".

MK Avi Dichter (Likud) valid: "This government has a clear line – the concession government! NIS 1.3 billion in salaries for terrorists at our expense, additional loan to make it easier for them to pay the terrorists, non-demolition of the terrorists’ houses and the climax – Ganz hosts Abu Mazen in his house in a series of terrorist incidents. The Prime Minister loses control of the government. What else are you planning for us, Naftali Bennett?".

Deputy Defense Minister MK Alon Schuster (blue and white) courted Ganz: "Strengthens Defense Minister Bnei Gantz on last night’s important meeting. It is the duty of the Defense Minister to meet with Abu Mazen and ensure that he did everything in his power to prevent the next war. We have a clear interest in strengthening the PA in the economic and civilian spheres and weakening Hamas."

H"Yael Ron Ben Moshe (blue and white) supported: "Promoting trust-building measures, in the economic and civil spheres, between us and the Palestinians, is the responsible thing to do. Security coordination with the Palestinians has saved and will save many lives. It is the Minister of Defense who sends our soldiers into battle, he must look into the eyes of our parents and into our own eyes and ensure that he has done everything in his power to prevent the next war." 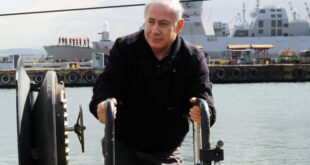