Ashkelon: A civilian was attacked on the street and robbed, hunting for the suspect in the act

Police were called recently (Thursday) to Bialik Street in Ashkelon, following a report by a citizen, about a suspect who allegedly attacked him and stole a sum of money from him. The suspect fled the scene, and police are conducting extensive searches to locate him, while investigating and gathering evidence. 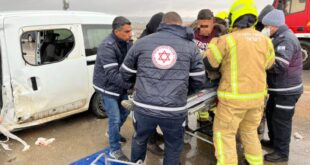