gauge"A 2021: Every 25 seconds an emergency vehicle was launched in the past year

In the past year, Magen David Adom has been involved in saving lives, in fighting the spread of the corona virus, and in the system of samples and vaccines. Tens of thousands of employees and volunteers of the organization continued to engage in routine and emergency operations throughout the country even during the Corona crisis. On the eve of the new civil year, the organization summarizes the past year and presents the main activities in numbers.

In 2021 Med celebrated"91 years of activity and data from the organization indicate that during the past year, the medics and paramedics of Med"Medical care for 682,092 patients and injured across the country using about 2,000 intensive care vehicles, ambulances and emergency motorcycles throughout the country. The data also show that in 2021, Med’s medics and paramedics performed"A. Millions of corona samples and vaccines. Every 11.5 seconds, a call is received at the 101 hotline and the average response time is up to 4 seconds.

Eli Bin, CEO"To meter"A: "In the past year, Magen David Adom volunteers and employees have worked for the health of the residents of the State of Israel, day and night, on Saturdays and holidays, in summer and winter, with great dedication, professionalism and especially from the heart.

And were at the forefront of the fight against the spread of the corona virus and so we will continue until the epidemic is eradicated. During the year 2021 Med"A. continued to advance technologically, along with the provision of emergency medical services and the collection of blood rations for the citizens of Israel in routine and emergency situations. In 2022, we will continue to do everything we can for the citizens of the country and we will not save anything for the health of us all, in the days of the Corona and beyond.".

Summary of the year in numbers:

Bmd"There are about 30,000 volunteers, workers, boys and girls of national service and civil service servants, including more than 14,000 youths. In addition, about 18,000 life trustees work in the meter"A. and about 30,000 Corona trustees. Med volunteers"A. invested more than four and a half million hours of volunteering. The oldest volunteer is a 92.5 year old resident of Jerusalem, the youngest is 14 years old.

525 motorcycles, of which 34 are heavy motorcycles, 175 electric bicycles and 40 ambulances of Med"A. Workers across the country. In the Sea of ​​Galilee, Med’s sea-boat is operating"A. Regarding the corona data – in the past year, Med’s medics and paramedics have sampled"Millions of people in tested and driven complexes, in hundreds of rapid checkpoints operating across the country and in homes. Millions of people have been vaccinated"Magen David Adom teams in nursing homes, sheltered housing, schools, shopping centers and other places around the country.

Med’s emergency vehicles"A were launched 1,259,464 times – every 25 seconds on average a team was launched. 682,092 patients and wounded were treated by"Med teams"A, of which 44,023 were injured in road accidents. In the bathing season, medics and paramedics from Med"A. provided medical care to 248 adults and children who were pulled from the sea, pools and various water sources after drowning. 16,481 pregnant women were evacuated to Lavia"H, 972 women of whom gave birth with the help of meter teams"A. in the pavilion or on the way to the hospital.

About 350,000 men and women underwent CPR and first aid courses. 547 of the youth volunteers in the meter"A. Trained in handling multi-casualty incidents, 439 teens were certified as first aid instructors. This year, 269,023 blood units were donated"Teams that donate to Med’s blood services"A. 25% of blood donors in 2021 are women, while 19% of blood donors are new donors. 27% of the blood rations were donated at IDF bases"To. Med blood services"A. Operating 46 blood vehicles and 2 trailers for blood donation, all blood donations were tested to determine blood type and identify infectious diseases in the blood services laboratories of Med"A. and were provided to all hospitals and Lecce"To. 5,409 plasma doses were donated from corona recoverers, of which approximately 3,800 doses were given to approximately 1,900 corona patients in moderate and severe condition (2 doses per patient). Med’s milk bank"A. Provided for preterm infants across the country in the past civil year about 1,400 liters of milk for needy preterm infants. In 2021, the Bank was joined by 155 new milk donors who meet the most stringent medical standards in order to provide the safest milk to preterm infants.

138 wishes were fulfilled thanks to Med’s two wish ambulances"A. The organization operates 2 helicopters equipped with advanced intensive care equipment and these treated and evacuated 330 sick and injured to hospitals across the country. Learn"A truck truck"Unique national with the best technologies and 3 district command and communication vehicles. Meter teams"A. participated in about 215 field exercises. At the 101st focus of Med"A 2,717,174 calls were received in the past year, on average every 11.5 seconds a 101 call is received on the meter"A – while the average response time for call 101 is up to 4 seconds. In 2021 he placed a meter"A. In the public space, more than 1,000 once-in-a-lifetime devices (defibrillators) in 141 localities throughout the country. 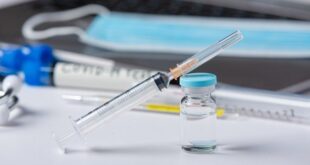