The Knesset’s Economics Committee today (Monday) approved the Ministry of Tourism’s request to amend the Tourism Services Regulations, which deal with guides. Under the approved proposal, the 2022 roadblock license will be extended free of charge, to make it easier for guides experiencing severe economic hardship due to the Corona crisis.

H"As Limor Magen Telem, who filled the place of were"R., said that in Israel there are about 8,300 holders of a road instruction license, who are required to renew the license once every two years at a cost of 267 shekels. She mentioned that the corona shut down the activities of the rebels in 2020 and in most of 2021 during which only 11,000 tourists entered Israel, compared to 4 and a half million tourists who entered Israel in 2019. "Guides are unable to make a living and are required to be provided with additional assistance", Said h"Magen Telem added that it would work to advance the discussion regarding their treatment.

The discussion today also took place against the background of the exemption approved by the fee committee in 2021, which stipulated that in 2022 the guides will pay half the fee. Now, against the background of the prolongation of the corona crisis, the exemption from the second half of the fee, in the amount of NIS 133 and a half, has been approved. Said H."As Magen Telem that there are about 800 new guides who have paid the fee by the end of 2022, and they will get a refund.

US"R. Moreshet Derech Derech, Yonatan Shapira, welcomed the approval of the regulations and said that he welcomes every shekel saved from guides who have no income. He added that a comprehensive discussion should be held on the situation of the mentors and the professional training for them.

US"The Association of Guides in Israel, Ganit Peleg, thanked for approving the regulations and said in tears: "We meet daily with cases of guides who are really hungry for bread. Last night I spoke to a 70 year old guide who wants to sell her house because at the supermarket she has to count the apples she needs to buy. I want us to sit down as soon as possible to talk about how to compensate and make these people raise their heads back. These are people who support their homes and their whole lives are dedicated to the love of the country and its propaganda. One day their world stopped and they found themselves hopeless because there is no set policy. If there is a change then a day later everything is canceled and that tiny little hope is lost".

H"About Sami Abu Shehadeh said he would like to expedite the next discussions regarding the treatment of industry workers. H"Vladimir Bliac added: "It is impossible to remain indifferent to the words and pain of the guides. I hope that in the coming week the sky will open and we will make an effort to preserve life as much as possible, and also to compensate these dear people".

As stated, at the end of the hearing, the amendments to the regulations were approved unanimously by votes H."As Magen Telem, h"K. Abu Shehadeh and H."As Bliac. 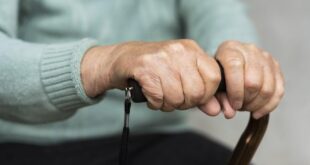 Manpower Distress in Nursing Institutions: A first group of foreign workers from Nepal will land on Thursday

US"R. Economics Committee: Demand from the Ministry of Finance an action plan to deal with the damage of the Omicron to the economy within 10 days 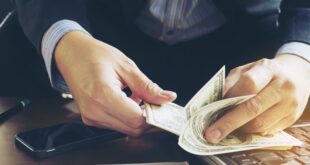 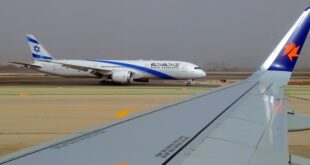 Tourism crisis: Additional assistance will be provided for the benefit of Israeli airlines