The National Planning and Building Council has approved: A new settlement will be established in the Gaza Strip

A discussion took place today (Tuesday) at the National Planning and Construction Council, at the end of which the Council approved and recommended the establishment of the Hanun community, east of Kibbutz Sa’ad in the Gaza Strip within the Sdot Negev Regional Council.

The establishment of the new settlement in this area will give significant settlement momentum in the area, according to the growing need of a new audience that finds interest in settlement in this part of the country, will meet the demand, without any scenic or environmental damage.

The Minister of Construction and Housing, Zeev Elkin, said: "I am happy with the council’s decision, there is enormous national importance in establishing a new settlement these days, especially in the Gaza Envelope. We are determined to continue to build and develop settlement in all parts of the country. Since I took office as Minister of Construction and Housing, we have strengthened the Golan Heights, the Jordan Valley, Judea and Samaria, and today we are also strengthening the Gaza Strip."

CEO"To the Ministry of Construction and Housing, Aviad Friedman, stated: "This is an important step in expanding settlement in the Gaza Envelope, which is a significant reinforcement for the entire region. I expect the new settlement to benefit many young families who choose to live in it." 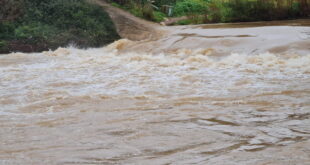