Central Command Commander: The two officers went in pursuit of Amal thieves"H. without coordination – and shot at each other

The commander of the Central Command, Maj. Gen. Yehuda Fox, recently (Thursday) detailed the first details of the investigation into the deadly incident last night in which two IDF officers were killed by friendly fire near the Nabi Musa base in the Jordan Valley."To the Egoz Unit, Major Ofek Aharon and Major Itamar Elharar: "We lost two of our most serious and high-quality platoon commanders who predicted a great future for them in the army", Said Fox Champion. "Itamar grew up in the 51st Battalion and was scheduled to leave this year for three years of schooling, and Ofek, who grew up in Walnut and was scheduled to advance as an officer to the position of senior major, SMG"D. in Golani or commander of the next Bava"H".

Champion Fox said: "There are batteries of ranges at the end of the base, and at the other end are teams in the encampment for the benefit of training this week. The night before, a means of night vision and a helmet had been stolen from them. Yesterday they finished a day of training and instructed the fighters to adhere to the various procedures at night. Two uncoordinated forces emerged from the encampment: a commander with his weapon and a night-vision device to search for the thief, and at the same time four commanders leave without knowing him, three platoon commanders and a fighter, to find the one who steals and roams the ranges".

The commander of the Central Command added: "About 200 meters from the encampment, the quartet identified a suspicious figure at the end of the range and decided to flank it and under the auspices of the battery of ranges advanced towards it. At the end of the embankment they climbed on it and identified it by a night vision device about 250 meters from it and walked towards it until they reached a close range to it. At the same time, the officer who went out alone was walking in the area where he saw suspicious figures that day and also wanted to find suspects in theft from yesterday. The quartet narrows down a range for him while he scans by night vision means and detects nothing and then his alertness decreases. Then the officer hears a noise and turns around and encounters a quartet of suspicious people or part of it – he is convinced that there is an enemy armed in front of him and so they are also convinced about him. There was no shooting in the air and no suspicious arrest procedure (contrary to initial assessment) but an encounter from a close range of 10 meters with a sense of danger".

Champion Fox noted that "The incident of the fire takes place within seconds and while shouting the fighters realize that it is our forces and start treating the two casualties. Apparently the fighters in the quartet also shoot and do not hit him. I estimate the lone officer fired first and hit them. The force bounced a medical force from the armored battalion that was training nearby but when the therapists arrived they tried to treat the two as best they could, but there their deaths were determined. Subjectively, there is a zero-range detection here of at least two gunmen aiming at you at a very short-range weapon in the understanding that it has not a single second, and has been ambushed. There are people in the encampment who knew they were out but the two forces themselves did not know about each other and they were not wearing helmets."

In conclusion he said: "In this space there were thefts, they finished the training and thought the thieves would come back and if they came quietly there was a chance they would catch him. As I understand it, they were without radios and called the forces on the phone. There is no connection between this incident and the recent change in the instructions for opening fire (which facilitated the shooting of thieves, j"G). The warrior here acted quickly while making a decision in seconds". 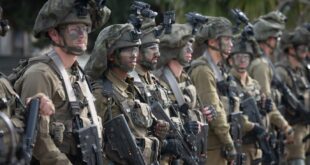