Agreement between Israel, Pip"Qatar will allow direct flights to the World Cup

The Ministry of Foreign Affairs and the Ministry of Culture and Sports reached an agreement today (Thursday) with representatives of Pip"A and an organizer world Cup In Qatar, for direct charter flights between Israel and Qatar during the World Cup.

The Moshe Ben Gurion Airport flights to Hamad Airport (HAMAD) will allow Israelis to reach Qatar directly without the need for intermediate stops and connections and are expected to reduce costs for Israelis who come to watch the games.

In addition, it was agreed to provide consular services to Israeli citizens through an Israeli consular team.

Alon Oshfiz, CEO"The Ministry of Foreign Affairs referred to the agreements and said: " I would like to thank Pip"A and the Qatari hosts. Today’s announcement will allow Israeli citizens to travel freely to Qatar and participate in the World Cup games. We have successfully closed all the guarantees including Israel’s access to the consular services during their stay in Qatar. As the first World Cup the Middle East has ever hosted, a celebration of soccer is guaranteed and an opportunity for Israelis to build connections and share cultural experiences with people from across our region and the wider world. I thank the many partners for the achievement, including the government ministries and the football association.’

Prime Minister Yair Lapid, on the arrangement of flights and the treatment of Israelis at the World Cup in Qatar: "Good news for football fans and all citizens of Israel. After hard work that lasted for many months, we arranged for Israeli citizens the possibility to fly to the World Cup in Qatar on direct flights and an Israeli office will be opened in Qatar to handle the fans who will come to the World Cup. I thank everyone who took part in the craft: to Pip"A, Ministry of Foreign Affairs, Ministry of Culture and Sports, Ministry of Transport, Lemel"To, and to the CEO"To the Ministry of Foreign Affairs Alon Oshfiz who coordinated the efforts". 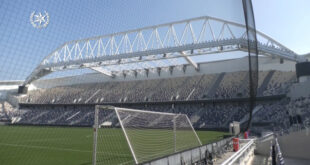 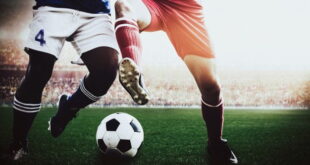