Good news for general patients in the south: the district mammography mobile has started to operate

At the end of strenuous preparation and the investment of many resources, the first district mammography mobile of Klalit in the south began operating this week. All of its activities will be dedicated to the benefit of the patients of the POS throughout the district who need a life-saving examination.

About three weeks ago, in the midst of breast cancer awareness month, the construction and training of the mobile was completed in order to prepare it for performing mammography examinations as soon as possible. This week, as mentioned, the mobile began operating for the first time in the city of Sderot and 10 mammography examinations have already been performed there. Next week, the mobile will operate in Kiryat Gat and later it will also be located in Beer Sheva, Arad and more , the mobile will be located near Klalit clinics in every destination it reaches in order to make the service as accessible as possible for the benefit of the patients.

"The mammography tests performed in the first district mammography mobile are a historic moment and a very significant milestone for the general patient population in the south." Says Hadva Amona, general manager of the southern district "While we are holding many events to raise awareness of breast cancer, we renewed the district mobile that works for the patients of the CoP".

she added "We are the first district to be able to operate a mammography mobile and we are excited to make the important test available throughout the south and to shorten the waiting time for the test. The activity of the mobile will lead to a significant reduction of gaps between the center and remote areas in the south and increase the number of women tested each month – the mobile will operate in the cities of the south where response to the test is low. And we hope that when the service becomes available, it will rise accordingly. Early detection of breast cancer is life saving, and this is our mission".

The mobile has 2 examination rooms, an ultrasound room and a mammography room, the mobile team includes qualified radiologists for the examination, the mobile is accessible and equipped with a special elevator for women who need it. The test is free of charge and is given as part of the health basket for women of the appropriate age according to the Ministry of Health’s mammography program. 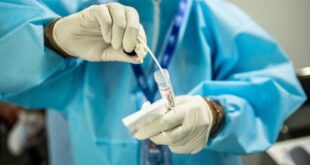 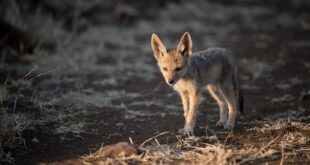 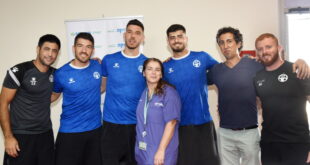