A 50-year-old man tripped while getting off a bus in Afula, his condition is serious

A 50-year-old man was injured a short time ago (Sunday) after tripping while getting off a bus on Ibn Gvirol Street in Afula. The medical teams of the Rescue Union, along with medics and paramedics of Med"A They gave him medical treatment and evacuated him to the Emek Hospital in the city, in serious condition.

Baruch Goldschmidt, a medic from the rescue team who gave him first aid at the scene, said: "According to passers-by, he tripped while getting off the bus and as a result he badly hurt his head. With the help of other medics we gave him first aid and then he was taken to the Emek Hospital where at this stage his condition is defined as serious".

The circumstances of the case are being investigated. 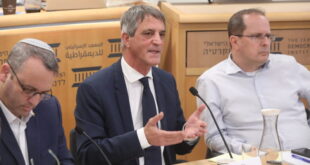 Ayala Hasson: The head of the Bar Association Avi Hami committed an obscene act without consent 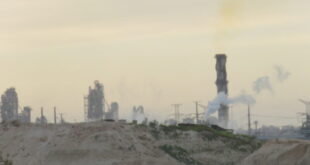 After the factory did not comply with the instructions of the permit: a financial sanction of about 18 million NIS"H will be imposed on him 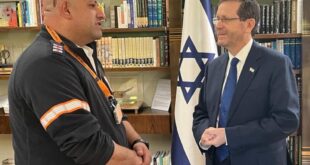 The police and the tax authority: 14 vehicles were impounded for debts of 1.7 million NIS"H

For the first time in Israel: a fertility preservation system for IDF widows"and the victims of the hostilities 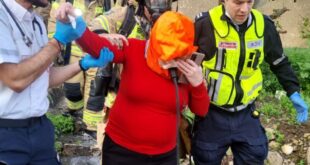 A fire broke out in a building in Haifa: a woman was injured by smoke inhalation, the tenants were instructed to evacuate