The Bereaved Families Forum and the ‘If You Want’ movement: canceled a meeting between families of terrorists and students

The ‘Choosing Life’ forum of the bereaved families and the ‘If You Want’ movement addressed a letter today (Sunday) to Irit Al-Dor Shapira, the director of the Hoof Hasharon Joint School and the director of the graduate division – Aviv Ben Zvi. And this by demanding the cancellation of a planned meeting between the families of terrorists and the students of the school.

From the letter: "Hello, We have been informed that on 13.12.22 activists will enter the walls of the school on behalf of "The Bereaved Families Forum – for peace, dialogue and reconciliation" where families are friends "Palestinians" whose family members were killed as a result of fighting with IDF soldiers"to or neutralized by civilians during their killing spree. The same forum seeks to create a fundamentally immoral comparison between victims of terrorism who were murdered for no wrongdoing and terrorists and terrorists. And just as we were not prepared for Israelis to sit with the parents of German SS officers who were killed in the Jewish uprising in the Warsaw Ghetto, so we are fundamentally opposed to a deliberate attempt to create a false consciousness among schoolchildren about the belief that there is no difference between the father of a terrorist and the father and mother of Israelis who were murdered for no Injustice."

It is also written that "This is a political event of the most extreme type, which is a serious injury to the bereaved Israeli families, students and parents alike. We will add to that, because the fact is clear to us, that the school principal, knows very well that this is an extreme and distorted political event that any sane person will not agree to tolerate. After all, the incident was hidden from the knowledge of the school’s parents, despite being extremely charged. The event was decided without any prior discussion with the parents or the parents’ committee and without any request to sign the student’s participation approval, unlike such approval, which is sent to parents for annual trips, visits to museums and even for the Holocaust study trip that takes place in Israel, the parents receive a note to sign."

Finally, it is written that "This is not the case with the event of bringing the families of terrorists into the walls of the school. secretly. stealing horses. In light of all this, we urge you to cancel the event immediately. and stop throwing sand in the eyes of the parents and in the eyes of the students. Parents who raised terrorists who wanted to destroy the entire Jewish people but because all they had in their hands was a knife, a rifle or a Molotov cocktail they could kill "only" Innocent Israelis "some", does not resemble bereaved Israeli families, front and back. We will not agree to cheating! Cancel the event immediately. A forum for choosing the lives of the bereaved families, a movement if you will."

The Otzma Yehudit party, following the letter, issued a statement on the subject: "The high school administration is committing a crime. Shame, they both want to bring together students with the families of terrorists and hide it from the parents of the students who oppose their children’s meetings with those who denied the existence of the State of Israel. The hypocrisy of the educationists who oppose a government that will arise under the guise of enlightenment, leaves no doubt when they now keep their mouths shut, instead of rebelling against the extreme left-wing coercion on school students". 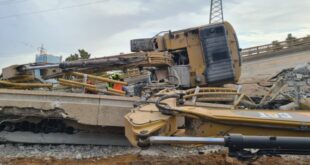 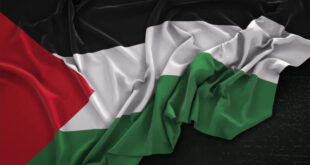 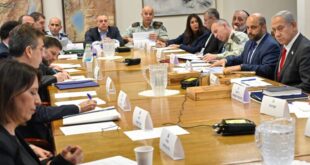 Netanyahu: On behalf of all the citizens of Israel, I would like to send my heartfelt condolences to the families…