A busy night for our forces: 14 wanted persons were arrested throughout Judea and Samaria

Soldiers of the YMS from the IOSH, the MGB and the Harov Patrol operated tonight (Monday) in the city of Jenin, in the area of ​​the Menashe Brigade, to arrest a wanted person suspected of involvement in terrorist activities and to confiscate Carlo-type weapons and ammunition. During the activity, armed men shot and threw explosives at the forces who arrested a suspect who threw explosives at them. In the search of the motorcycle used by him, several charges were found that were recovered on the spot. 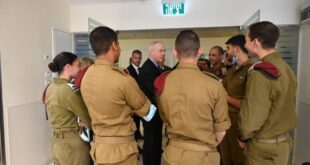