The Medical Association published today (Tuesday) new clinical guidelines for the year 2023 for the treatment of dementia and its prevention, which were written by doctors from the professions of neurology, psychiatry, geriatrics, and family medicine in collaboration with the Amda association that works for Alzheimer’s and dementia patients in Israel.

According to the association’s estimate, about 150,000 Israelis are currently dealing with dementia, which is a group of diseases, the most common of which is Alzheimer’s. This is a disease that usually occurs among people aged 65 and over. According to data from the World Health Organization, there are more than 55 million people living in the world today who are dealing with dementia, and every year there are about 10 million new cases.

The new clinical guidelines include, among other things, old prescription drugs and those that have been added in recent years. Alongside all these, for the first time in Israel, a prescription drug of herbal origin was also included in the clinical guidelines. The drug, which contains a unique patent extract extracted from the Ginkgo biloba plant, has been given the same status as old synthetic drugs.

The indication for the drug is symptomatic treatment of a decrease in mental function as a result of an organic brain syndrome and in the context of the treatment of dementia (kihion), which is characterized by symptoms such as impaired memory, concentration disorders, depression, dizziness, tinnitus and headache. The main target population for treatment includes patients with dementia of the Alzheimer’s type, vascular dementia and mixed forms of both.

The new clinical guidelines document states that the drug called Cerbonin has a beneficial effect on the neurotransmitter system. It was also written that the drug demonstrated moderate effectiveness in alleviating behavioral and cognitive symptoms in adults with cognitive decline and that it is relatively safe to use. Cerbonin is produced in Germany by the Dr. Wilmer Schwabe company, and marketed in Israel by the Dr. Samolov company.

Prof. Yehudit Aharon Peretz, chairman, chairman of the Amada Scientific Council. The Neurological Association in Israel and Prof. Amos Korchin, Chairman, Chairman of the Amda Scientific Council. The Neurological Association in Israel wrote in the preface to the guidelines that: “Loss of cognitive skills and dementia are accompanied by painful, frightening and upsetting experiences for the individual and his family, and pose enormous coping challenges to human society. Compared to the guidelines from 2011, there is now reference to a situation of moderate cognitive decline, reflecting the insight that the pathology in most cases of dementia is mixed. Therefore, the importance of diagnosing and treating vascular risk factors is emphasized. In addition, typical clinical signs are presented, and the effectiveness of the diagnosis with the help of biological markers is shown. We have added the existing symptomatic treatments, and those added in recent years, and there is a reference to experimental and dedicated preparations for the various diseases. Also, the civil/legal rights of the patient suffering from cognitive decline are also included. Doctors from the professions of neurology, psychiatry, geriatrics, and family medicine participated in the compilation of the current guidelines and we thank the members of the Amda association, and all the doctors who devoted their time and talent to the compilation of these guidelines.”

Nati Blum, Doctor of Social Work and CEO of the Amada Association emphasized that: “Dementia is a common and serious condition, which imposes a heavy burden on the patient and those around him. Dementia also has significant social and economic consequences in terms of direct medical and social care costs. Thanks to the clinical guidelines that prompted their renewal, diagnosis and treatment can be more accurate. Our association was founded by family members of dementia victims to unite the people who care for the patients and alleviate their plight. I invite the family members who take care of the various stages to join the support groups we have organized and contact our hotline.”

Recommendations for preventing dementia from the clinical guidelines document
1 Maintain a healthy and balanced diet that includes vegetables and fruits and minimizes animal fat, such as a Mediterranean diet.
2 Make sure to do physical activity, at least 150 minutes a week at a level of intensity as recommended by the attending physician.
3 Be careful about social activity.
4 Avoid excess consumption of alcohol.
5 Observe balanced values ​​of blood pressure, blood sugar level, body weight and oral hygiene.
6 Find out if hearing aids and glasses are required.
7 Treat symptoms of depression, anxiety and sleep disorders.
8 Be careful with optimal drug treatment to balance background diseases as recommended by the attending physician.

According to data from the World Health Organization in 2019, the total estimated social cost of dementia in the world was $1.3 trillion, and these costs are expected to exceed $2.8 trillion by 2030, as the number of people living with dementia and the costs of treatment increase. Over the age of 65, the incidence of the disease doubles every 5 years, reaching up to 50% among people over 90. The number of patients in the world is expected to increase to approximately 78 million in 2030 and to approximately 139 million in 2050.

The Amda association operates a hotline whose purpose is to provide a listening ear and advice to family members and patients and invites the public to call the number *8889.

Photo: Courtesy of the Ministry of Health

Photo: Courtesy of the Ministry of Health 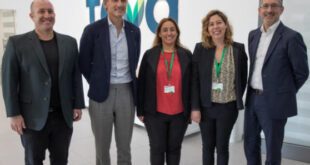 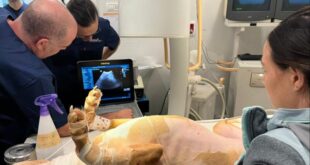 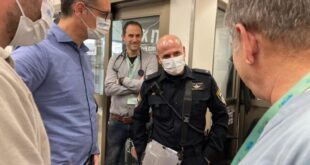 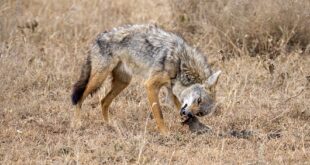