The District Court in Tel Aviv ruled: Akum must pay tax for its income

Akum (“Association of Composers, Authors and Publishers in Israel”) is an organization for the joint management of copyrights, which works to protect the rights of the authors of music and literature. Its main goals are the joint management and enforcement of copyrights, and the collection of royalties for the use of these rights, and the transfer of the royalties to the creators, after covering its expenses. The volume of royalties collected by Acom every year is very large. For example, in the relevant years 2012 and 2013; The royalties reached approximately NIS 350 million (there are appeals for five additional tax years that were frozen for receiving a PSAD in this case). When on the one hand Acom collects money from the users of the musical works and on the other hand it distributes money to the creators. The amount of money coming into Acom’s coffers – even after reducing the expenses of operating its mechanism – exceeds the amount of money going out to the creators. These financial differences have accumulated to real amounts over the years.

During all the years of its existence, Acom did not report to the tax official the royalties received from the users as income that belongs to it. The starting point was that the money is the income of the various creators, and accordingly, when the money is distributed to the creators, they are supposed to report the income they received from Akum. It should be noted that over the years taxation arrangements were made with her as part of which she was not charged corporate tax.

The main question that was to be decided by the court as part of the procedure is whether the funds collected from the users of the music works are income for Acomm.

The Tax Authority, through attorney Adi Chen and Nir Wilner from the fiscal department of the Tel Aviv District Attorney’s Office (Civil), claimed that due to the nature of Akum’s activities, the accumulated funds in Akum’s coffers and which arise from the gap between the scope of collection on the one hand and the scope of distribution on the other , and in particular in view of the fact that Akum is the owner of the copyrights, starting from 2012, the income received by Akum should be considered taxable. On the other hand, Akom claimed that its traditional reporting method is the correct one, since it does not own the income, and the right to royalties belongs to the creators, who are the shareholders of the company, and it only serves as a conduit for their collection.

Honorable Judge Hari Kirsh of the District Court in Tel Aviv, rejected in his ruling Acom’s claims that it was only a conduit for collecting and transferring the funds to the creators from the users. Honorable Judge Kirsh reiterated the well-known rule that “the owner of the tree is the owner of the fruit”, and since Acomm owns the copyrights, the income derived from them is its own. The court also determined that Acom’s powers reflected in its statutes do not characterize a body whose sole function is the technical transfer of funds. In its decision, the court stated that: “Akum asks the court to ignore the various legal arrangements applied by it in order to determine that for tax purposes it should be considered as having no rights and no income.” Indeed, in certain situations there may be a difference between the way in which a commercial arrangement is perceived in the eyes of tax laws and the way in which it is perceived in the eyes of general law. However, I was not convinced, for all the reasons detailed here, that there is a possibility or justification to lift the veil on the existence of Akum as a body that receives rights and works to grant, on its behalf, licenses in them to third parties.”

“Furthermore, one can wonder what distinguishes Akum from any limited liability company that has made it its motto to bring profits to distribute to its shareholders… “

“In this aspect, Akum’s petition is for its favorable discrimination compared to a normal company…”

It was also determined that this is not a double tax because the income of Akum is not the same income that is divided between the creators. It was also noted that the Tax Authority’s position today is a change compared to its position in the past, when over decades it accepted the position that the income tax charge would be made only at the level of the creators and not at Acomm itself. However, this approach is consistent with the set of legal relationships and arrangements that Ocom is a party to, both towards the creators, both towards the users, and towards the corresponding foreign organizations.

In relation to the claim that over the years the Tax Authority acted differently and that Akom relied on this, Honorable Judge Kirsh stated as follows: “I do not believe that the case in question differs in this aspect from all those other cases in which the Tax Authority re-examines the manner of a taxpayer’s reports and comes to the conclusion that The way of taxation that was taken in the past was wrong and that things should be looked at differently (instead of “perpetuating mistakes”)”.

The court ordered that the method of calculating the assessment for 2012 be adjusted to the calculation method used in the other tax years in dispute. The Tax Authority was represented by attorney Chen Adi and Nir Wilner from the fiscal department of the Tel Aviv District Attorney’s Office (civil). 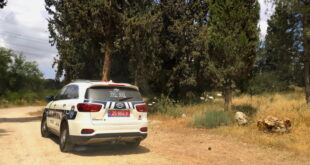